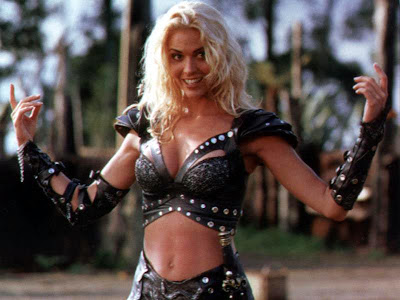 Two episodes for the price of one today, as these episodes together mark the introduction of Xena's arch-nemesis Callisto, though this does not become clear until the second of the pair.

In 'The Greater Good', Gabrielle has to pretend to be Xena following the real Xena's poisoning (by Callisto), a ruse that starts out comically and then, following Xena's apparent death, turns serious and gives Gabrielle her first real opportunity to shine physically and dramatically (and Xena's armour quite suits her).

Xena's life is saved at one point by her horse, Argo. I'm not much of a horse person, but this is a lovely animal - a beautiful colour and he (or possibly she) somehow manages to produce a rather comical expression of exasperation when required. I like the idea of a horse named 'Argo', after Jason's legendary ship - somehow there's something apporpriate about imagining one's horse as a well-built vessel ploughing through stormy seas. I'm not sure if the horse would find that flattering, but still.

This was ultimately a likeable episode. I rather liked Seltzer's Oriental-looking costume, and I warmed to the character quickly as well - he seemed to be just the right amount comic/serious. The episode does spend an awful lot of time on Xena's apparent death though; given that we haven't yet reached the end of the first series and it's therefore spectacularly unlikely that she's really dead, they spend perhaps a little too much time on it. Gabrielle's grief and panic is, however, both touching and well played.

'Callisto' takes another turn for the darker, introducing the enemy Xena 'made' by slaughtering her family years before, while Xena was still a bad guy. Callisto is the perfect antagonist for Xena, a constant reminder of her past guilt not to mention a physical match for her, and she's a bad guy with a strong motivation (vengeance) behind her actions, which is more interesting than the standard 'I want to rule the world/make a lot of money' type. Her costume, almost identical to Xena's (except even more revealing), and hair colour on the opposite end of spectrum suggests she's essentially Xena's dark side in human form, created by Xena's past sins.

Callisto is named after the nymph or princess (depending on the re-telling) who was a companion of the virgin huntress goddess Artemis, but was raped by Zeus. She tried to hide the resulting pregnancy but was discovered when undressing for the bath and transformed into a bear, and later (to protect her from being shot by her own son) into a constellation.

This is an interesting choice of name for this particular character. In some ways, the two have very little in common. The mythological Callisto suffered due to a specifically male crime (rape resulting in the victim's pregnancy) and her overriding characteristic is vulnerability - her 'loss of virginity' (as the ancient Greeks saw it) is revealed when she is naked and vulnerable in the bath and her life is endangered when she is speechless and a vulnerable target in the form of a bear. This makes her name a somewhat surprising choice for Xena's hard-as-nails enemy, whose suffering has been brought about by a woman, albeit a woman playing a usually masculine role. On the other hand, there are similarities. The mythological Callisto's suffering was compounded by the anger of Artemis, who certainly has some traits in common with Xena (a woman taking on a more commonly masculine role, roaming the woodlands with weapons in hand) and, like Xena's Callisto, her life is adversely affected by a traumatic event not of her own making.

The episode itself is a functional enough introduction to Callisto and her agenda. She has a rather irritating 'comedy' minion who I was hoping was going to bite it by the end of the episode but who, annoyingly, lived to tell the tale (though he came in handy), and Callisto's 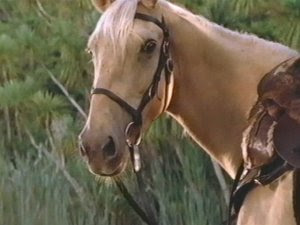 attempts to kick Argo when captured by Xena unfortunately come off as more funny than desperate. However, there's a nice theme concerning the futility of vengeance and corrosive effect of clinging to hatred running through the episode. Also: cool tall-bone-ladder-killing-frame thing. Callisto herself is certainly an intriguing character whom I look forward to seeing again.

Argo. The eight-year-old girl in me wants one.
Mythology Sci-Fi and Fantasy TV Xena 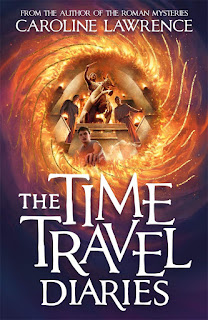