About Me and the Blog 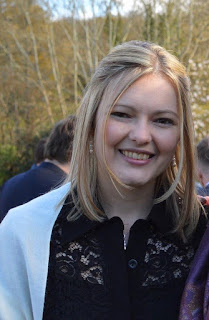 I've always been interested in studying popular culture academically, though I also work on ancient myth and religion (mostly from the Roman period).

I'm a huge geek, who proudly self-indentifies as a Trekkie, and I spend way too much time watching TV or at the cinema. The things I cover on the blog are a big mixture of things I love, things I've watched or read because I want to study their use of classical material, and things I've randomly happened to catch that turned out to have some classical stuff in them.

Sometimes I talk about historical inaccuracies in shows and films, and you may wonder why I keep complaining, because it's only a TV programme. I can reassure you that I really do enjoy the things I watch (well, except maybe Bonekickers) and I don't think TV, films and books should all be required to be absolutely historically accurate at the cost of being entertaining. I have no problem at all with authors taking historical licence with history, and when it comes to mythology, the whole point is to re-write the myth for a new audience (like they do in Troy, for example). I point out historical inaccuracies because I hope people find it interesting to know the 'real' history behind the story - I know I do when it comes to shows from other periods!

I am also a freelance writer, specialising in film and television, and Science Fiction and Fantasy in particular. I'm a regular contributor to Den of Geek and Doux Reviews.

My e-mail address is Juliette.Harrisson AT staff.newman.ac.uk, and I can also be contacted via Twitter, under ClassicalJG. You can read my research profile here.