Doctor Who: The Impossible Astronaut/Day of the Moon 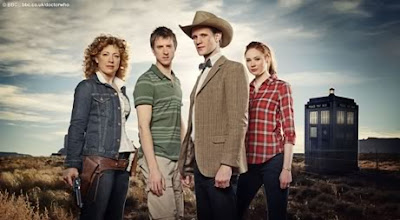 Somewhat appropriately given today's blog, 365 Tomorrows published my flash fiction piece 'The Value of Archaeology' as their story for April 30th, 2011, my first piece of published fiction since poetry competitions in school - I'm very excited!

And of course the other reason for excitement is that Doctor Who is back (temporarily)! And the good news is, Matt Smith is finally beginning to grow on me as the Doctor. Perhaps this is because I enjoyed his performance as Christopher Isherwood in Christopher and his Kind so much, perhaps it's because he's getting some more subtle stuff to work with, perhaps it's just that I've finally got used to the weird bow tie and tweed look. Anyway, I'm warming to him. I hope next week gives us a somewhat more straightforward story though. There are some times when I love a bit of mystery and I want to watch something that makes my brain work. Sitting down on a Saturday evening to watch Doctor Who is, I'm afraid, not one of those times. I never thought I'd say this, but more Daleks, less mystery please!

This opening two-parter featured River Song, one of my all-time favourite Doctor Who characters (I like to see some mystery) and an archaeologist, hence the blog. For the most part, River was in strict Indiana Jones mode here, firing lasers, flirting and breaking out of prison all over the shop. She really is being kept in the worst prison in the galaxy, though the 'she's packing again' comment was funny. Her declaration to Rory that she's a doctor of archaeology was played purely for laughs and does at least demonstrate some awareness that most of my colleages in archaeology, as far as I know, do not spend their time running around the White House shooting bad guys. Maybe they do and they just don't invite the Classicists?

There was one brief, more substantial reference to River's actual job, which I absolutely loved. Describing President Nixon (as I'm sure many parents had to do to confused children later, which is great, as the show is living up to the original intention to include some educational elements), the Doctor's summary of the man pretty much matches that of my parents in terms of negativity. 'Hippie', River calls him, and points out that Nixon did some good too (I am reminded of the old Vulcan proverb, 'only Nixon could go to China'). 'Archaeologist!' snarks the Doctor. Because River views history largely dispassionately, as a general subject of study, she sees both the good and the bad even in some of history's villains (not all of them - there are still a few who don't seem to have any redeeming qualities. But not as many as you might think). The Doctor, however, like my parents, has probably lived through the period (didn't he and Martha 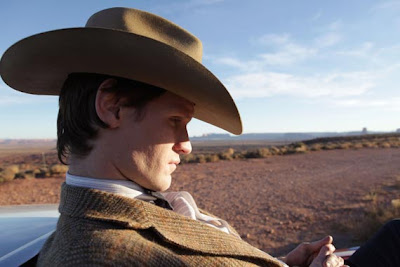 spend several months in 1960s Britain - come to that, wasn't Jon Pertwee's Doctor stuck on Earth during the 1970s? or was it the 1980s?) and views events emotionally, still feeling the justified anger felt at Nixon at the time.

'I wear a Stetson now. Stetsons are cool.' But the joke doesn't work, because Stetsons really are cool!
The other minor point I adored was the use of Nixon's tapes as a plot device. This is exactly what Doctor Who's historical stories should be doing - picking up on elements of history and spinning a story around them that uses the history and introduces children to something real amongst all the fantasy. For me as an historian, the most satisfying historical stories are always those that play with real elements of history (with the exception of 'Agatha Christie disappeared because she was attacked by a giant wasp'. Urgh).

Both Rory and the Doctor also referred to the fact that they've both lived through the fall of the Roman Empire. It's nice to see Rory's time as a plastic soldier will not be forgotten and it may be the basis of some interesting character development. I also find it quite interesting that Rory is now twice as old as the Doctor. (Rory, the Doctor and Jack Harkness should really start some kind of 'I survived the Roman Empire' support group, though Jack's stories of coming to and dying again repeatedly in a coffin might bring down the general tone of meetings). Rome, the Empire and its fall are the subject of all sorts of sayings and metaphors dropped into English conversation ('all road lead to Rome', its position as the archetypal Empire and so on) but these gain much more depth when two of our three main characters actually remember these events. I think we can expect more of this later in the series.

Overall, a good opener and I'm intrigued and interested in some of the hints dropped (who is the little girl? Does she have anything to do with Amy's maybe-pregnancy?). I still love River and she's gained a tragic air now - so far (and assuming a later Doctor does manage to visit her out of order to give her the future screwdriver) her appearances are matching up nicely and I foresee backwards marathons once this series has finished, so we can watch events unfold from her point of view. I really like the direction the characters and the emotional development of the series is 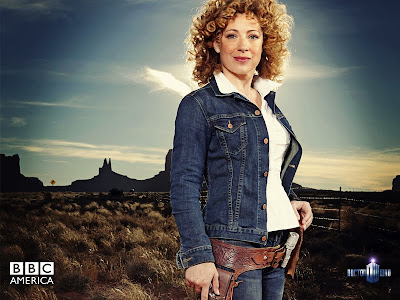 going - I just hope we get a few stories that don't require intense concentration on the part of the viewer at some point this series, my brain is tired!

There was some gorgeous location shooting in Monument Valley for this episode, but if I was Amy or Rory and my friend who owned a machine that could travel all over time and space made me fly by plane to America, I'd be pretty miffed. Possibly even vexed.
Archaeology Classics and Classicists Doctor Who Sci-Fi and Fantasy TV