June 26, 2011
I've been away all weekend at a marking standardisation meeting (which meant I spent the hottest day of the year in a windowless room, shivering in the air conditioning - typical!). I got back late because when I tried to return to Oxford from Cambridge, I accidentally headed for Ipswich - for those unfamiliar with the geography, This Was Not Right (thank you to the nice hotel receptionist who pointed me back in the right direction!). 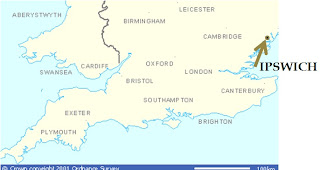 Anyway, the point is, I didn't even have time to finish the Asterix the Gaul comic I was reading, so a proper blog post will follow next week. In the meantime, however, the lovely Ali B from Fantastic Reads has kindly given me an award! 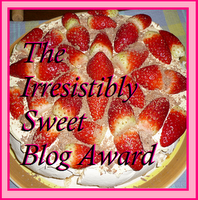 The award comes with some rules:

1. Send a thank you to the person who nominated you and include their link.
2. Share seven random facts about yourself.
3. Pass the award along to at least 8 deserving bloggers.
4. Contact those bloggers to congratulate them.
I'm going to list my eight deserving bloggers first:
Caroline Lawrence, author of the Roman Mysteries and the Western Mysteries
Cris at Here, There and Everywhere (general awesomeness, travel, marine biology)
Hasan at Three Pipe Problem (art history)
Billygean at Billygean (life in general, sometimes CFS)
Billie Doux at Billie Doux (TV and film reviews)
Elizabeth Spann Craig at Mystery Writing is Murder, author of various southern-set mysteries
Amalia at Good to Begin Well, Better to End Well (writing and myth)
Terri Windling at The Drawing Board (art, myth and folklore)

Also, it brings it up to more than eight, but Vicky Alvear Shectar's Friday Funnies are always entertaining.
This whole thing is creepily like a chain letter really, but a nice one!
Anyway, seven facts about me:
1. I have attended a Star Trek convention, in costume. It was a very cheap costume though. No uniform.
2. When I was a teenager I wanted to be a priest, and the only reason I didn't was that I'm the wrong gender. Maybe someday.
3. I love single malt whisky, peaty, like Laphroig - neat. There will be no polluting my whisky. Also mugs.
4. Until I was about 13, I thought the Romans were really boring. I refused to take Latin in school because, as I told my mother, it's a dead language and would never be any use to me whatsoever (this was before the priest thing).
5. I love to watch Sex and the City in French. It sounds good in French. (And in English as well, of course).
6. I have slept in a school library.
7. I have eaten dinner in Liverpool Cathedral.
I shall return with Asterix as soon as I've had time to read it!
Blog stuff Classics and Classicists Latin Life stuff