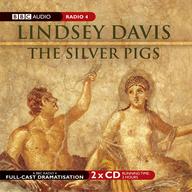 Beware, there be spoilers ahead!
The Silver Pigs is the first Falco novel, and as well as introducing our intrepid hero, it is in the course of this novel that Falco first meets and falls in love with hte love of his life, Helena Justina. I read The Silver Pigs a long time ago, and my memory of it is pretty vague, but I had remembered most of the important stuff. Although the Falco novels have always contained plenty of humour and Falco himself has always been the sharp-tongued cynic we know and love, the earlier novels are, to use a cliched term, a bit darker than the later ones, and this one is particularly tragic.
The death of poor Sosia Camillina about a third of the way into the novel is a nasty shock, made worse by the fact it might not have happened if Falco hadn't been imprisoned and unconscious at the time. The tragedy is slightly offset by Falco and Helena's later successful escape, but it's still terribly sad. Several of Falco's cases are quite personal and involve members of his or Helena's family, but this one is perhaps the most personal of all, and this gives him that air of ground-down depression that fictional private eyes so often have. We also learn a lot about his character from the fact he holds back from allowing the naive young Sosia to get too close to him, but is more successfully seduced by the older and more experienced widow Helena.

The other thing that makes Sosia's death particularly painful, of course, is that the murderer can never be brought to justice, because he happens to be the son of the emperor. Davis introduces all three Flavians here. Her characterisation of Titus fits well with his reputation as emperor, though his supposed riotous side and occasional curelty, mentioned by Suetonius as qualities he overcame when he became emperor, are left out (and Berenice is nowhere to be seen so far). Domitian is an out-and-out villain, which certainly fits later historians' view of him to a T. The plot is nicely based in the specifics of Flavian Rome and Roman Britain, with the titular pigs a properly Roman concept - this is a story that could not be told in another time and place.

This radio adaptation has been squeezed into two hours, so the plot has been slightly compressed, though it's basically intact. I think it's the first half of the story that's been cut the most - Sosia's death seems to happen a bit too early and I seem to remember Falco's terrible experience in the silver mines being more prolonged and described in more detail in the book. The second half felt a bit less rushed, and seemed complete (though I have to say, the sound of people kissing on the radio is not pleasant!)

Anton Lesser sounds older than I imagined Falco, though he plays him perfectly. All the voice cast are excellent. The Flavians' accents are rather fun too - Domitian is all upper class villainy, Titus sounds reasonably posh but slips into a Northern accent when he gets angry, and Vespasian sounds like Dalziel from Dalziel and Pascoe. It's a great short-hand to their characters and although it perhaps overplays the humbleness of their less-aristocratic-than-the-Caesars background a little, it makes a nice point about their down-to-earth personalities.


The Silver Pigs has always been one of my favourite Falco novels. Just like the Gordianus books, I enjoy reading about the earlier, rougher Falco who lives in a cheap flat and gets hassled for bodily fluids by the local laundrette. I like the illicit side of his and Helena's early relationship, and his struggling, underdog qualities (oddly enough, I don't feel quite so strongly about this when it comes to the Discworld's Commander Vimes, though Night Watch, which plays off the changes in Vimes' life between his earlier and later appearances, is one of my favourites). I like the way just about every character is implicated in the mystery and, of course, any appearance of Roman Britain without either Boudicca or the Ninth Legion is something to be celebrated (if we ignore the fact that Falco's a veteran of the Boudiccan revolt, talked about less in the radio adaptation than in the book). This is a very enjoyable adaptation, and a great way to re-discover the novel. 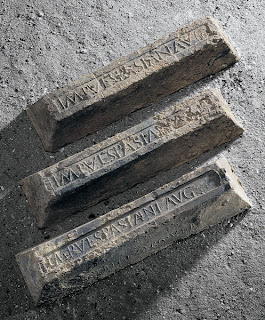