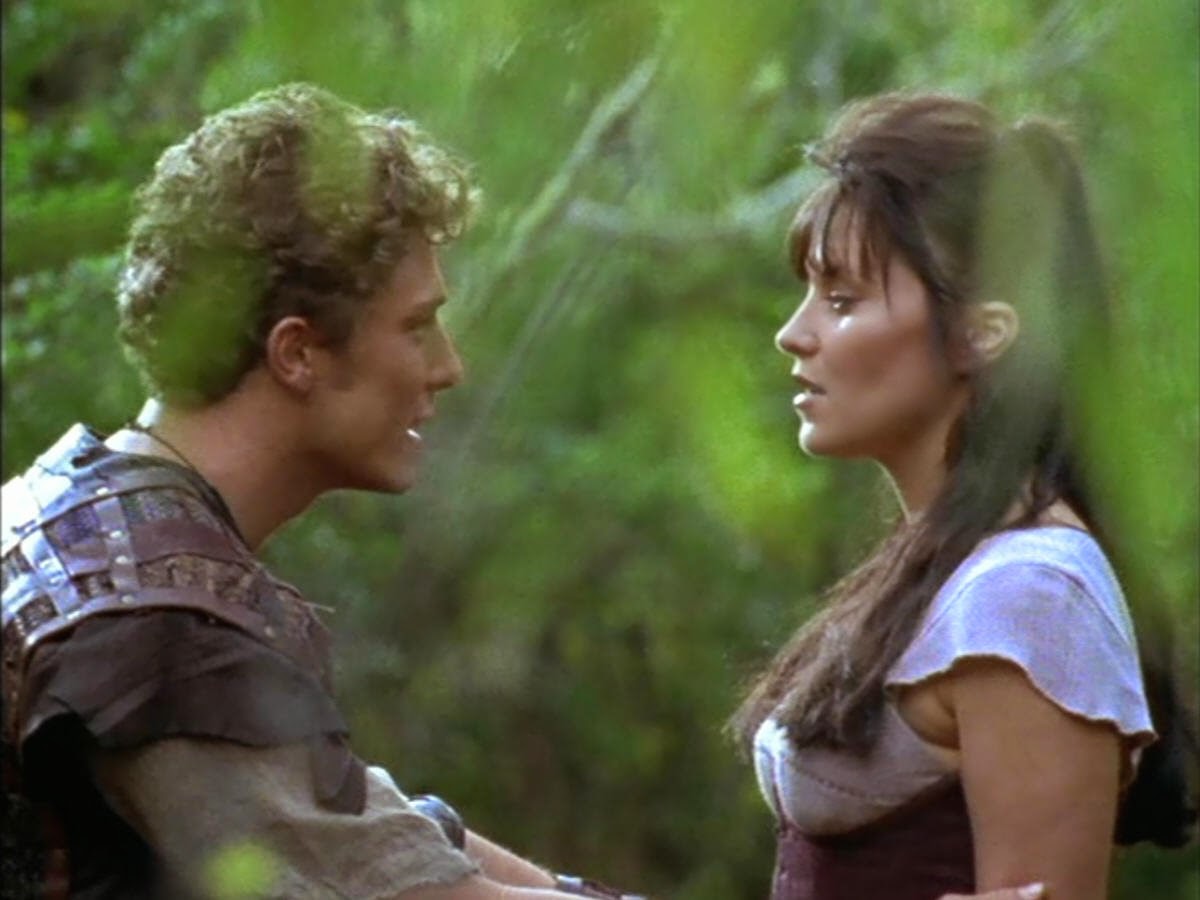 Xena: Warrior Princess does the It's a Wonderful Life thing. It's quite early in the show to be doing that, but then, Xena has a particularly dramatic backstory and a pre-existing history in Hercules: The Legendary Journeys, so it works.

While paying her respects to her late brother, Xena protects a temple of the Fates, so they offer her a reward. Xena says all she wants is for the young boy she just killed (he was attacking her) to be alive, and she wishes she'd never 'followed the sword'. So the Fates change history, with the knock-on effect that her brother never died, but warn her that as soon as she spills a drop of blood in anger, everything will snap back into place.

The Fates here are represented as three woman spinning a thread, which is not far off the ancient Greek Fates. The Greek Fates were the Spinner, who spun the thread of life, the Apportioner of Lots, who measured it, and the one who cannot be turned, who cut it, rather than the maiden, mother and crone seen here (whether or not the maiden/mother/crone division goes back to ancient religion is debatable, but it has more to do with Robert Graves than anything else). The maiden/mother/crone thing works well enough, though, and I liked the simple visualisation of it using three actresses at various ages.

Xena's brother Lyceus at one point mentions that his virillus token, which Xena teases him for still wearing, once saved his life. This is presumably inspired by the ancient Roman bulla amulets freeborn children wore (girls and boys), which they took off when they came of age (i.e. got married for girls, or put on a toga for boys). The word 'virillus' is derived from the Latin for 'manly' ('vir' means 'man') so this seems to be the Xenaverse equivalent, though the name is a bit the wrong way around assuming you become a man when you take it off - it may be intended as a diminutive (like 'Drusilla', feminine diminutive form of 'Drusus') in which case the grammar's a bit off, but you can see what they were going for. It's a nice touch, throwing in a genuinely ancient custom that also serves the story by emphasising how young the boy Xena kills in the opening sequence is. 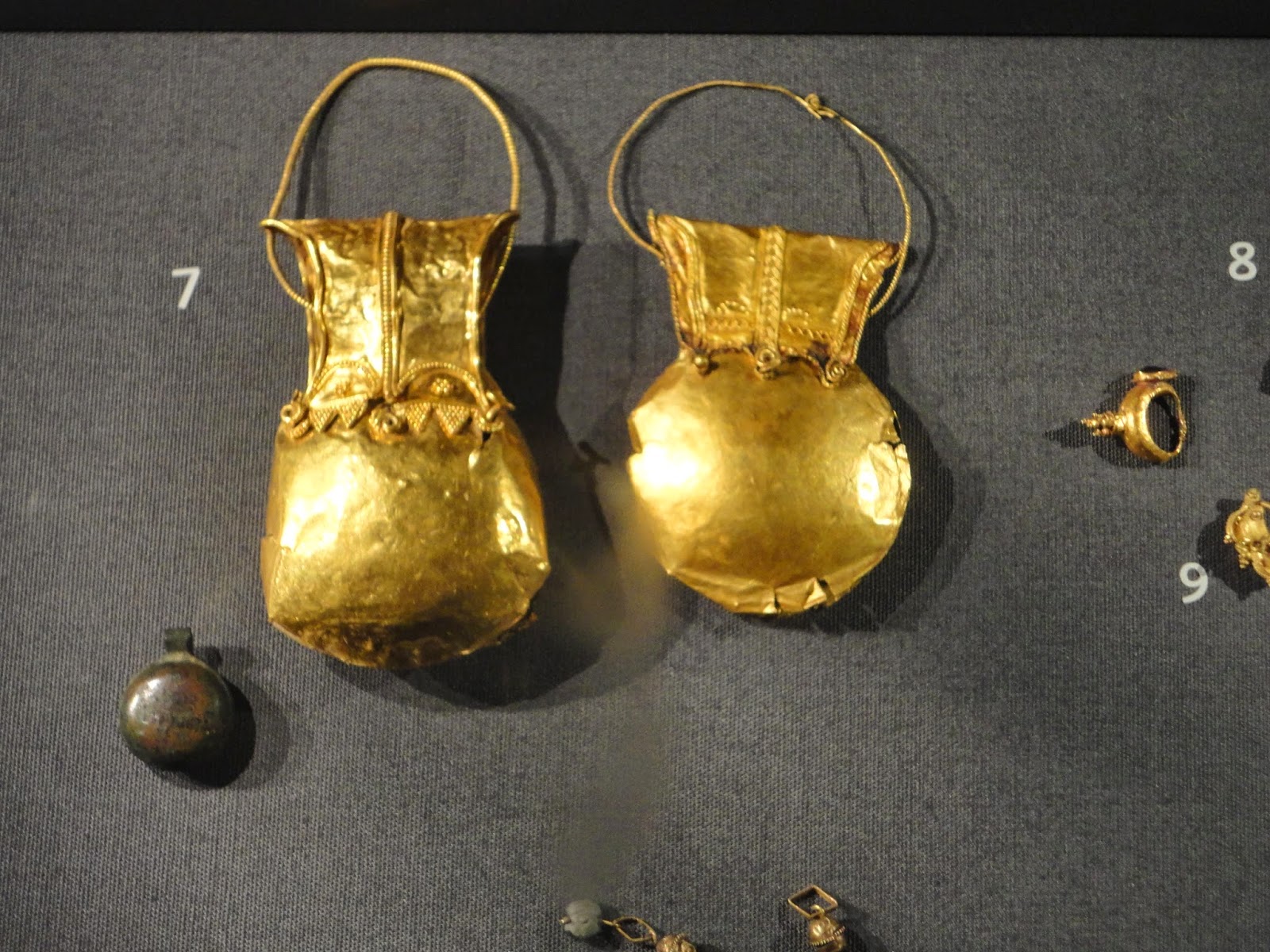 Xena is informed what will happen if she spills blood at the beginning of the episode and ends it by doing so anyway, but interestingly this is not an example of the classic trope in Greek mythology of people being given a clear instruction they utterly fail to follow for no particular reason (see: Orpheus, Odysseus' crew). The way the Fates initially give the instruction, saying "until you spill a drop of blood in anger", clearly indicates that they do not really expect Xena to be able to follow it, and they turn up a few times throughout the episode, almost seeming to want to persuade her to return to her old life.

In the end, Xena makes a conscious choice to spill blood and reset the world. I thought it was rather a shame that ultimately she did so to preserve Gabrielle's innocence and protect her from experiencing what it is to kill another person, since their lifestyle surely suggests Gabrielle will inevitably end up killing someone at some point in self-defence, and to sacrifice her brother for that specific reason doesn't seem quite right. Still, overall she was able to make some peace with herself when he encouraged her to stand with him and told her not to fight destiny. The Fates' real gift to Xena is that she feels better about her life and her choices, despite the high price she's had to pay - and they give her a little extra time to save the boy from the opening as well, so at least one life is spared in the end (and her mother's, of course - though I suspect most mothers would willingly exchange their life for their son's, which is why, although saddened, Xena doesn't change things back straight away on finding out her mother died).

In really liked this episode - I love It's a Wonderful Life episodes anyway and this one was really well done. Lucy Lawless' performance is great, giving Xena a softer edge (while Gabrielle's is much harder) and investing all of it, especially the scene at her mother's tomb, with real emotion. I also enjoyed seeing Xena use her brains as well as brawn and try to find increasingly inventive ways to fight people without spilling any blood (though I have to say, if you set someone on fire, you will spill their blood). I was a bit puzzled by the section in which our heroes are suspended in very high cages, as if being saved for dinner by the giant from 'Jack and the Beanstalk', and Xena's brother becomes the latest victim of the 'everyone Gabrielle fancies dies' curse, but overall it was a very satisfying installment. Even the opening shots of New Zealand were gorgeous, as long as you ignore the fact they're obviously re-used footage from season one (Gabrielle is in her early season one costume). Definitely a good use of the old trope.

Gabrielle: I don't know whether to thank you or to hate you.

Disclaimer: Xena's memory was not damaged or... ...what was I saying?