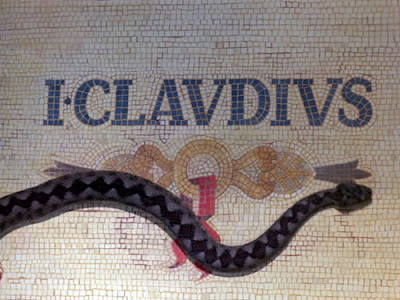 Classic 1970s drama serial from the BBC, an adaptation of Robert Graves' novels I, Claudius and Claudius the God. It has all the usual drawbacks of a 1970s BBC series - all interior filming on limited sets, and the cast, although excellent, do tend to project as if to the back of the audience when standing in a room talking to one other person - but it's absolutely fantastic and a must-see.

It was I, Claudius that got me interested in Romans and Roman history, after some very dull classes in school on the layout of a villa or the parts of a Roman centurion's uniform had thoroughly put me off. If you watch nothing else, there are two scenes that you should seek out on YouTube immediately: the death of Augustus, a tour de force in terms of acting from BRIAN BLESSED, being absolutely silent and almost motionless, and anything involving Patrick Stewart (with hair!) especially his love scene with Livilla.

A Touch of Murder
Waiting in the Wings
What Shall We Do About Claudius?
Poison is Queen
Some Justice
Queen of Heaven
Reign of Terror
Zeus, by Jove!
Hail Who?
Fool's Luck
A God in Colchester
Old King Log

Over Christmas and New Year 2010-2011, the BBC broadcast a new radio adaptation of the novels. It suffered a little from having to squeeze two novels into six episodes but included some 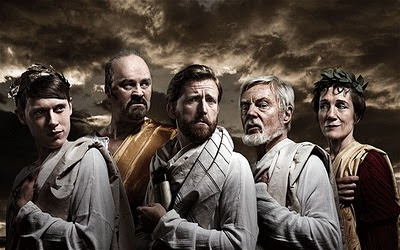 nice scenes from the books that had been cut from the television version, and the cast is once again extraordinary, led by Tim McInnerny as Tiberius and best of all, Derek Jacobi as Augustus (confusing as this is for fans of the TV show!)