Classical Films at the Oscars 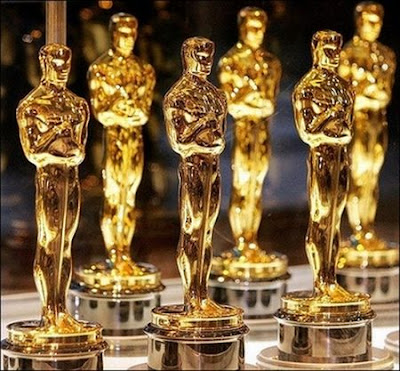 As I'm sure you've heard, the Oscar nominations came out today - not too many surprises, though unfortunately those there were were negative (no director's nod for Christopher Nolan?! And I'd have liked to see Andrew Garfield in the Supporting Actor category). On the other hand, I'm very happy to see one science-fiction film and one horror film among the top five of this year's awards season, since the awards have being leaning away from anything other than worthy issues-movies or dramas that looked far too miserable and I didn't go to see ever since Return of the King. The Best Picture nominations include four films I saw (Black Swan, Inception, The King's Speech and The Social Network) all of which I really enjoyed and one of which (Inception) included some Classical references, which I blogged about.

However, in a year noticeably full of Classical movies, none of them have received any Oscar nominations at all. This is not overly surprising. Two Classical movies have done extremely well at the Oscars; Ben-Hur still jointly holds the record for the most Oscars won by a single film, 11, held with Titanic and The Return of the King (my favourite movies - the Academy doesn't always get it wrong!) while Gladiator won five Oscars including Best Actor and Best Picture. Since Gladiator, however, none have got very far in the awards shows, for various reasons. The Passion of the Christ was too controversial and too much of a personal religious meditation as well as a movie, though it did get three Oscar nominations in the less high profile categories (I hate the idea of bigger and smaller awards, as everyone worked as hard as everyone else, but some are undeniably higher profile than others). Alexander was too long and rambling and featured Colin Farrell in a very silly wig. Troy simply wasn't that high quality, though I really liked it (I thought it was a pretty good stab at a difficult adaptation, and thoroughly enjoyable to boot) and 300 is classic, silly fun but definitely too lowbrow for the awards.

And so to this year's bumper crop of Classical movies, Agora, Centurion, Percy Jackson and the Lightning Thief and Clash of the Titans. I haven't seen either Agora or Centurion, as both came out while I was in the Land of No Cinema and they didn't have as much staying power as the other two (both of which I saw in empty cinemas towards the end of their runs). I've heard that Agora is excellent (see for example Cris's review over at Here, There and Everywhere) and the emotive subject matter would make it pretty suitable for a bit of recognition - indeed, it won seven Goya awards in Spain. In Agora's case, I think the film just didn't get the publicity it would have needed in the States (or here - if it had come to more cinemas or stayed on release longer I might have been able to see it). As a Spanish film, but in the English language (so, not eligible for Best Foreign Language Film) it was just too small. As for Centurion, I haven't come across many reviws of it - I don't know whether that means anything as far as the quality of the film goes, but even if it was brilliant, it would probably be too small and not well known enough to get anywhere anyway.

And so to the two mythological movies, Percy Jackson and Clash of the Titans. They are, of course, immediately at a disadvantage because of their subject matter, as genre films are generally less frequently rewarded, so the only mythology-based stories with a really good shot at awards would be a really tight adaptation of the Iliad that only told the story of Achilles and Hector, with no gods (and no horse, which isn't in the Iliad anyway) or an update of the Oedipus story with no prophecy, or something along those lines. However, it's not impossible to get near the awards with a more fantastical story - The Return of the King may be the only one to make it all the way to Best Picture, but Harry Potter and the Deathly Hallows Part 1 has two nominations in the less high profile categories this year, not to mention Inception (science fiction, equally difficult to get awards for) and Black Swan (psychological horror bordering on fantasy).

So, Titans and Percy had the money, the exposure and plenty of special effects to show off with, and nothing should have stopped them having a shot at a technical award - except the one remaining problem. They just weren't that good! They were both decent enough, but neither set the screen on fire. Even the special effects weren't that desperately special, as we've all got used to spectacular computer graphics by now, and Titans seemed to think you could emulate Hades by just wandering around Blanau Ffestiniog. Both tended towards two-dimensional characterisation and spectacle over story, so neither were really engaging. And no Titans clashed, which was blatent false advertising.

These seem to be the problems that plague Classically-themed films. They're either too small to get noticed, or they get so lost in the splendour of the ancient world, whether Roman history or Greek mythology or, more rarely, Greek history, that they forget to be high quality films. Carried away with battles, grand sweeping 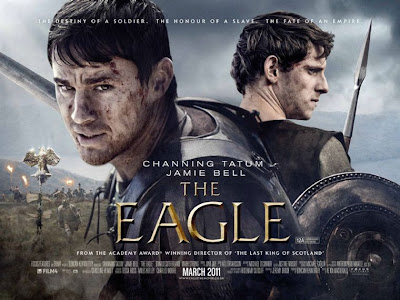 shots of Rome or wild landscapes, mythological beasties, gods and goddesses, the writers and directors don't pay quite enough attention to character, dialogue and plot development. And, in some cases, they don't have to, since we'll all flock to see a Gorgon in 3D anyway! Let's hope that the upcoming Eagle adaptation, helped by having a beloved source novel to work from, takes its cue from the more carefully put-together Gladiator or Ben-Hur instead. That way, whether it wins awards or not, it will be a more satisfying cinema experience for all of us.
Biblical stories Films Mythology