All Together Dead (by Charlaine Harris) 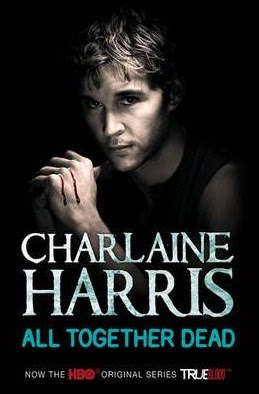 I've always fancied being a travel writer but never actually been able to travel enough to do it. So I'm delighted to say I've guest blogged over at Cris Crossing the Globe, on walking around Cadair Idris, in Snowdonia, Wales.

Meanwhile, back in my world of hardly ever leaving the house, I'm having a little bit of a vampire phase at the moment. You'd think, with the weather warming up and spring in the air, I'd go for something lighter (literally) but thanks to True Blood, I've now discovered the Southern Vampire Mysteries - lots of descriptions of glorious southern heat and sunshine, plus vampires! (Not at the same time, obviously. Except occasionally. Ew). Hasan Niyazi from Three Pipe Problem has also very kindly sent me a copy of Anne Rice's Pandora, which I'll read and review if I ever manage to tear myself away from the Sookie Stackhouse books...

All Together Dead is the seventh Southern Vampire Mystery - I've now read 4-7, haven't got further than that (no spoilers please!) and am making do with the TV series for the first three for the moment, even though it's radically different (if you're wondering what order the books are supposed to go in, which the publishers are bizarrely coy about, there's a handy list over at Billie Doux - scroll down, it's at the bottom). All of them share with the TV series a tendency towards lots of sex and gore, and the books make me laugh out loud more than most, sometimes at deliberate jokes, sometimes at... less deliberate ones. (There are capes in this book. And main characters suddenly turn out, unexpectedly, to be vampire clergy. It all turns out to be an important plot device, but still - hilarious in kind of the wrong way).

All Together Dead takes place at a vampire convention. By sheer coincidence, I'm leaving for the big annual British Classics conference tomorrow, but I suspect my conference will be rather different, and will lack weddings, trials, coffins or people drinking each other's blood (and will be the poorer for it I'm sure). Sookie has been paid to go and help out Sophie-Anne, the vampire queen of Louisiana (a phrase which will never, ever stop being hysterically funny to me). Sophie-Anne is on trial for regicide and of course, hijinks ensue.

The vampire hotel at which the vampire convention takes place is beautifully imagined as an ancient Egyptian-themed sort-of-pyramid-shaped building called The Pyramid of Gizeh (haha). This is a stroke of genius on Harris' part, as the image of a dark glass pyramid quite literally filled with coffins, whose inhabitants then get up and start walking around and drinking the staff after sunset, is all the right amouts of creepy, silly, funny, spooky and gothic. Because we know most of what we know about the Egyptians from their tombs, we get to know them in death more than in life, which makes them a perfect thematic thread for a vampire novel, not to mention the Mummy associations. Harris' habit of describing what everyone wears all the time tends to irritate me, but her descriptions of the stylized Egyptian-themed rooms filled with polished coffins are a perfect fit for the tone of the books.

Harris' particular vampire mythology (if you've got an hour or two to spare, there's a TV Tropes page listing all the major pop culture variations on vampires) places heavy emphasis on the age of the vampire, so Classical vampires were bound to turn up sooner or later. This book has an unusual and intriguing example. At Sophie-Anne's trial, the judge turns out to be a very old (as in, elderly, as well as thousands of years old) blind woman called the Ancient Pythoness. She is the judge, apparently, because she was 'the original oracle that Alexander consulted' and she was so revered that the 'primitive vampires' at the time (I have no idea, I haven't read the first three books!) turned her before she could up and die on them.

Just to quickly skim through the nit-picking part: Alexander (presumably the Great - pointing out there was more than one Alexander really would be a nit-pick too far) consulted lots of oracles in his time. I don't even want to go into what 'original' might mean and I don't think there's any such thing - things like oracles tend to appear at similar times in various different places. Most of the oracles in Greece had been around since centuries before Alexander, who post-dates the Classical Greek period of Plato, Socrates and the rest. He made one particularly well known visit to an oracle to ask if he would conquer the world (the answer was more or less yes) but the sources are divided over whether that was an oracle of Ammon (Egyptian god often associated with Zeus) or the Pythia at Delphi, and they lean more towards Ammon. The Delphic Oracle was the most important and most famous oracle in ancient Greece, and was often called the Pythia, because the founding myth of the shrine was that Apollo has killed a monstrous dragon/serpent, the Python, at the site. She was nothing at all like the version that appears in 300. Whether or not her prophecies were drug-enhanced we don't know, but she would prophesy and the priests would interpret it for the visitor.

I really like the way Harris has taken the bare bones of the ancient oracle with the snake-name and built a fabulously creepy and out-there character out of it. The blindness is very Classical too; individual Pythias varied according to who was in at the time, but blindness is often associated with prophecy and prophetic powers in Greek myth (Tiresias, for example). I like the way she is supposed to have been something resembling human at one point as well, who was then 'preserved' by being vamped; somehow, that fits in so nicely with the ancient oracles, who were all ultimately just human beings.

The one thing that jarred - and therefore took me out of the story - was the reference to Alexander and the 'original' oracle. Not so much because of the inaccuracy oracle-wise - after all, this is a world where the heroine is part-fairy, the heroes are mostly dead (or they're part-time tigers) and the vampire king of Mississippi just married the vampire king of Indiana - but, well because I hate the word 'original'. When a book is so concerned with relative age and has multiple characters who've had a millennial birthday, it jars to see something that implies Alexander, a relatively late figure in Greek history comparatively speaking, to be especially 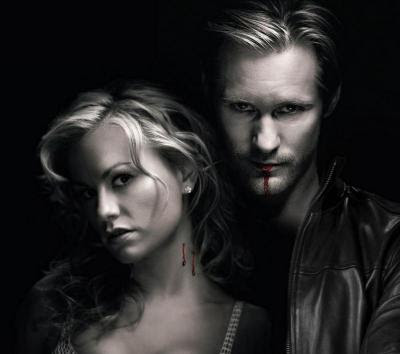 ancient and, well, my students will tell you I have a real thing against the word 'original'. Theres no such thing, usually. This may be a problem entirely personal to me.

Do I really need an excuse for including this picture? Thought not.
I can't decide if this is my favourite Southern Vampire Mystery yet or not, but it's certainly close (Dead to the World probably still holds that prize, I am such a sucker for snarky blonde vampires and amnesia stories). There was one slight drawback for me at the end of this one, as no one who grew up in Britain in the 1980s with Northern Irish family like I did would ever have made the quite spectacularly stupid mistake every single main character made in order for disaster to be the result, but on the whole I loved it. The real-life conference can only be a disappointment in comparison, though I fervantly hope the building is still standing at the end of it...

I'm away all this weekend and will be back with a new Spartacus: Gods of the Arena review next Tuesday.
Ancient religion Books Egyptology Greek history TV Vampires