The blog now has its very own Facebook page! You can find it here. This involved creating an account for 'Pop Classics', so Facebook now addresses me as 'Pop', which is very weird and makes me sound like someone's grandfather...

Following on from Tuesday's interview with author Ruth Downie, today I'm reviewing her latest release, the fourth in her series featuring Gaius Petreius Ruso, physician and investigator. It's called Caveat Emptor in the States, and Ruso and the River of Darkness in the UK. I'm going with Caveat Emptor, partly because it's more closely related to the plot and partly because it's quicker to type. The review copy was kindly sent to me by Hasan Niyazi over at Three Pipe Problem, with Downie's permission. Spoilers follow.

When I reviewed Thornton Wilder's The Ides of March, I talked about the various different ways of approaching historical fiction. Like The Ides of March, this novel fits into the third category of works of historical fiction, the kind that is, more or less, a story about twenty-first century people in Roman clothes. This is not a critcism and not a negative quality - as the comparison with Wilder indicates, this is a deliberate choice on the part of a novelist to create an entertaining story with a likeable hero (and heroine) for a modern audience. And unlike The Ides of March, the resolution to this story depends on Roman issues and Roman problems. It could not have happened in the twenty-first century, and so it is not so far along the extreme end of the imaginary scale as Wilder's novel (which, while based around the death of Caesar, used a twentieth-century political incident as part of its final plotting). This is an historical story that could only take place at the time and place in which it is set. It's the language, characterisation and some elements of the setting that modernise it, creating a nice balance between a historical story and relatable heroes.

It's clear from Downie's interview that she's particularly enthusiastic about archaeological research, and it shows in her story. The plot revolves around coinage and her descriptions of the various coins are clearly those of someone who has handled these things and who is fascinated by them. (This is also why I prefer the American title - I like the inversion of 'buyer beware' to refer to the need to beware of the coins, not the purchased item). Other bits and pieces of Roman stuff are scattered liberally throughout the novel, providing lovely bits of period detail about bathhouses, funeral rites and especially, on a less archaeological note, the tensions between the various British tribes and between the Britons and the Romans.

It's in dialogue, vocabulary and characterisation that our characters show themselves to be a wee bit less Roman. On the superficial side and related to the mental associations of the vocabulary more than questions of accuracy or inaccuracy, there's things like the 'reception' at the mansio with its 'night porter', which sounds like the hotel I used to work in, and the 'laundry basket' dirty socks are kept in - there is absolutely no way to demonstrate whether or not Romans had laundry baskets, but the use of the item somehow feels so utterly domestic and familiar, I end up picturing the blue thing I got from Tesco's. Then there's the baby who somehow manages to sleep on a Roman road (it would be far too rough) and who is fed water and some form of animal milk at only a couple of weeks old when his mother dies - perhaps the Romans did do this but it isn't a good idea and really, you'd need to find a wet nurse as soon as possible (the characters do mention finding a wet nurse, but they put it off).

More seriously, there are 'servants' and 'maids' running around all over the place. This rather reminds me of translations of the Bible, which are forever throwing the word 'servant' around when they mean 'slave'. In Roman society, there were slaves and there were freedmen (and freedwomen). A freedman might stay and do the same job he or she did as a slave but with a wage, or they might leave and set up their own business. No Romans would run around town looking for a 'housekeeper', they would buy a new slave. Come to that, unless the previous 'housekeeper' had been freed in the dead man's will, you wouldn't need to find a new one after a death because the old one would belong to the next of kin or beneficiary of the will (though, since there's no mention of wills, perhaps the dead man didn't leave one). We don't know much about Roman Britain, but in a town striving to adopt Roman customs, I'm pretty sure this would still be the case (and the British almost certainly had some slaves as well).

On the character side, Ruso, like all Roman detectives, has a very modern outlook, as does his (British, outspoken) wife. He occasionally considers the gods but not often (to be fair, I think that was probably true of a lot of Romans as well), he puts his trust in medicine and forensics (like Cadfael, a forward-thinking medieval Crusader turned monk), he marries for love (at least, the second time) and most tellingly, he has no slaves. 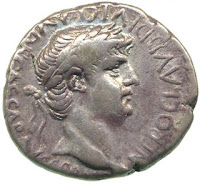 The great benefit of all this is that the reader can really sympathise with the main characters and enjoy a story with a fair number of twists and turns without being distracted by passing judgement on a hero who enjoys gladiatorial games or keeps lots of slaves. Every literary Roman detective is like this to an extent, some more than others. Ruso and Tilla are fun, likeable characters and you can really feel for them over the course of the story, both when they're endangering themselves looking for a murderer and during their more personal problems. They are also pleasantly three-dimesional, fully-rounded characters who have plenty of flaws, even if they're not specifically Roman flaws - the downside of this is that occasionally they have to do really stupid things for the sake of the plot, but that's fairly common.

The book is easy to follow for those who haven't read Ruso stories before, which is good (though it will of course spoil the earlier books!). It features a colourful cast of memorable characters in a vividly depicted setting. The shady figure of Metellus in the background adds to the danger and the intrigue and the ending is distinctly bittersweet - once again, the constraints of the historical period do come to the fore at this point and any kind of justice has to be achieved in a thoroughly roundabout fashion. That, I suspect, is a very Roman quality.

All in all this a fun read with a likeable cast and offers a pleasant opportunity to read something set in Roman Britain that isn't about the Ninth Legion! (Though it is a little bit about Boudicca...)