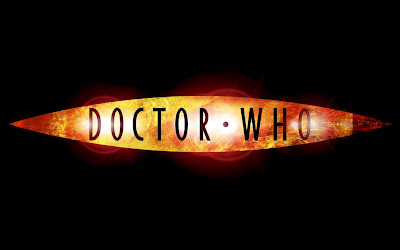 Britain's answer to Star Trek (except it predates it and the Borg are clearly redesigned Cybermen), Doctor Who ran short serials made up of 2-6 episodes (mostly) from 1963-1989, then came back with a bang in 45-minute single story form (more or less) in 2005. In between, the BBC joined with several American companies to produce a TV movie starring Paul McGann. Many fans of Classic Who, New Who or both despise this one-off adventure - I love it. Paul McGann is far and away my favourite Doctor, probably because he's the first one I saw, having grown up in the otherwise Who-less 1990s.

The show has changed a lot over the course of fifty years, and although it doesn't always deliver, the good episodes are very, very good. The Doctor's ship, the TARDIS, travels throughout time and space so every now and again, to my delight, the Doctor visits the Classical world and I get to blog about it. In recent years, he has also acquired an archaeologist friend who's basically a female Indiana Jones, so I blog about her too.

7.2 Dinosaurs on a Spaceship
7.12 Nightmare in Silver

The Day of the Doctor

Doctor Who Sci-Fi and Fantasy TV