The Girl who Kicked the Hornets' Nest (by Stieg Larsson) 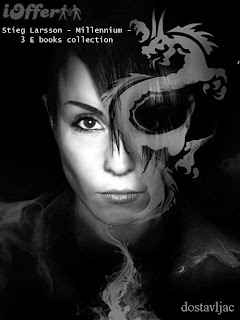 I've been reading Stieg Larsson's Millennium trilogy over the summer, because it had been recommended, and because I want to see the films (both the Swedish trilogy and the new English-language version coming out this autumn) but I don't want to see them unless I've read the books first. This is not just a book-purist thing - I'm going to see Tinker, Tailor, Soldier, Spy later this week and deliberately haven't read the book as I want to be unspoiled for the film - but I knew there was some really nasty stuff in these books, especially involving violence against women, and I can't cope with that in a cinema unless I know exactly what to expect.

Each book is divided into sections, and each section is introduced with some factual information on a particular theme. In the first book (The Girl with the Dragon Tattoo) it's fairly simple statistical information about violence against women in Sweden. In the second (The Girl who Played with Fire) it's stuff about Fermat's theorem, which I thought was fascinating - I didn't understand the first thing about the mathematics, but it did mean I got a fairly obscure references to Fermat's theorem in something else I was watching the other day (I can't remember what, probably The Big Bang Theory). In the final volume, it's historical and mythological information about Amazons and female warriors.

I've written about Amazons briefly, and I tend to get sidetracked by explaining that they didn't exist, as I sense that these are one of the those myths that a lot of people think is real. This is not the case in Larsson's book; they are first mentioned as 'stories' alongside a note of how historians have not always passed on records of women who fight, and the last introductory section notes that there is only one historically documented example of female warriors (the Fon in West Africa, whom I know nothing about, but they sound fascinating. Larsson also mentions an Irish law against female warriors from AD 697, which he correctly points out demonstrates that there were some to make a law against, and Boudicca gets a name-check too). The middle two chunks deal the most with Greece. The second mentions legends (the Iliad gets name-checked) and discusses the debate concerning the origin of the name, about whether or not it comes from a-mazos, 'without breast' - the general conclusion these days being that no, it didn't, as even a legend like that would show up in the art, and it doesn't. The third chunk refers to Diodorus Siculus and correctly observes that he is 'regarded as an unreliable source by other historians'. So Larsson is under no misapprehension about the historicity of Amazons, and nor will his readers be. It isn't their historicity that interests him.

This prompted me to wonder why I'm always so desperate to reaffirm that they weren't real. The reason is that there is a great debate among academics about how restricted women in Classical Athens, especially upper-class women, were, and I tend towards the negative side of the argument. One of the arguments occasionally made in favour of the idea that they weren't that desperately repressed is that the impressive collection of female mythological characters in Greek mythology demonstrates that male Greeks had quite a bit of interest in strong women. 'But no!' I say, 'for the most important thing about these women is that they are not real. They bear no resemblence to any reality and women like Medea or the Amazons stand for everything men fear about women - they are a warning to the men. Look what women will do if you let them run wild! See why they must be controlled!' (I should point out these are sweeping generalisations - I'm trying to sum the thing up as succinctly as possible!). 'Part of the point of the myth', I continue, 'is that these women are eventually controlled and subordinated.' When it comes to popular culture, this argument tends to affect my view of Amazons there, especially when a Google image search for 'Hippolyta' brings up this charming image of Hercules raping her (I know nothing about comics and don't know the context so I'm not judging this specifically, it's just... not a nice image, is all I'm saying).

Larsson, however, is using the myth of the Amazons in a totally different way. Although he makes no unsubstantiated claims about their historicity, he discusses them in context with more historical female warriors and, by discussing in the first paragraph how male writers often ignore or even conceal evidence of female fighters and soldiers, he encourages the reader to interpret the existence of myths about Amazons as an indication that possibly, somewhere in the ancient world, women were fighting. Which is actually a perfectly reasonable claim. My opinions about Greek women relate to Classical Athens alone, for which we have the most evidence - I love the idea that maybe there were female warriors out there somewhere, though I doubt there'd be any way to prove it. Or disprove it - lack of evidence is not evidence of lack after all. It's a rather more positive way of looking at the whole subject.

More importantly, on a literary level, Larsson allows the Greek Amazons, historical or otherwise, to be role models of a sort for his female characters. It's no coincidence that his most warrior-like female character (which is saying something, none of them are delicate wallflowers) spends most of her appearances here (when she's not having sex with the hero) reading a book about ancient religion. Figuerola is the most soldierly of the book's female characters, being both a fitness enthusiast and a trained officer of the law, and although having her read a book about Amazons might be pushing the symbolism a bit too far, her reading material  constitutes the only other references to the ancient world apart from the Amazon/Boudicca etc sections - which forces the reader to make a connection in their mind between the two and suggests the Amazons as both forerunner and role model for Figuerola. On a broader scale, all the women in this book are warriors in one way or another, and Larsson presents the Amazon myths as an indication both of how long women have been fighting in various ways, and how tough they can be. It's a much more positive way of looking at these myths, and I wonder if I should be a little more open to adopting this attitude sometimes!

I enjoyed these books a lot, though they were a bit long and over-detailed for my tastes - I really don't care what Blomkvist has for breakfast. And Blomkvist himself, though certainly both flawed and likeable as a character, has a slightly Mary Sue/Marty Stu/Sookie Stackhouse/whatever you want to call it-like tendency to hold an uncanny attraction, both physical and emotional, for nearly every character of the opposite sex who meets him. I'm all for sexual liberation, but really, is he *that* desperately attractive? Mind you, he is being played by Daniel Craig in the upcoming film, so maybe it'll all make sense then. The story also isn't quite finished - it works as a trilogy and most plots points are resolved by the end, but Larsson left threads he obviously hoped to return to later, and tragically he won't be able to. Even if that hadn't happened though, whether or not an author intends to write more books in a series, I personally prefer a bit more of a full conclusion to each book (the Southern Vampire Mysteries drive me mad in this respect - I prefer Pratchett's approach in the Discworld series, where earlier threads might be picked up on, but each story feels complete in itself). Still, it's a great series, especially the first, which is less spy-novel and more straightforward mystery, and which feels like not only a great book but a real work of conscience. Larsson cares about the reality behind his subject matter, and it shows - which makes his work both more enjoyable and, at times, more uncomfortably tragic. 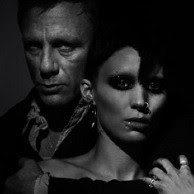