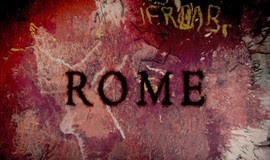 Landmark drama series produced jointly by the BBC and HBO - at least, I think it was landmark, I have no idea who decides these things. But it was certainly a predecessor to The Tudors and, in a different way, to Spartacus: Blood and Sand. I used to emphasise how much sex and violence there was in it, until I saw the aforementioned Blood and Sand, and now Rome seems a bit tame by comparison. Put it next to I, Claudius and it looks a bit more extreme.

The story follows two main strands; yer' actual history, from Caesar's rise through to the deaths of Mark Antony and Cleopatra, and the lives and misadventures of two soldiers from Caesar's Thirteenth Legion. These two have names taken from Caesar's Gallic Wars, but everything else about them is fictional. I call them Boring Soldier (later, The Godfather) and Dodgey Soldier, the names OldHousemate(theRomeone) and I gave them when we first watched the series back in 2005.